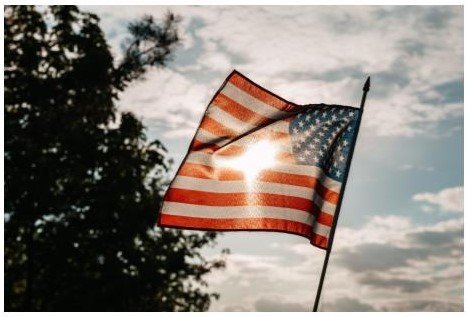 For millions of young kids in the 1950’s, there was no more desirable gift than a genuine, long-tail Davy Crockett coonskin hat.

In This Article:
The Unique Character of America
Hard Men Who Led Hard Lives
American Exceptionalism: From Pioneers to Cowboys to Us
Have No Fear. America Cannot Die.

These were innocent times, and that rustic little hat connected Post-World War II Americans to their roots at a key time in American history.

The hat itself came from the massively popular Disney TV show, “Davy Crockett,” with actor Fess Parker in the title role. Davy wore a coonskin hat in the program, and kids couldn’t get their own fast enough.

Crockett himself was an authentic 19th century frontiersman, soldier, politician, congressman and prolific storyteller. A rugged individualist, his fame spread throughout the fledgling American colonies as an almost mythical example of frontier courage, persistency, optimism and moral strength.

It was men like Davy Crockett who built America into a nation like none other before it.

Today, as some fear, America is losing its luster and slipping into decline, let’s take a moment to revisit—and hopefully recapture—the spirit that made America great.

The Unique Character of America

America has always been a land of unknown dangers countered by unparalleled opportunities.

Harsh natural conditions, unfriendly indigenous tribes, and lack of infrastructure made life a challenge. Your choices were simple: work or perish. Defend your simple forts, small villages and farms, or die. 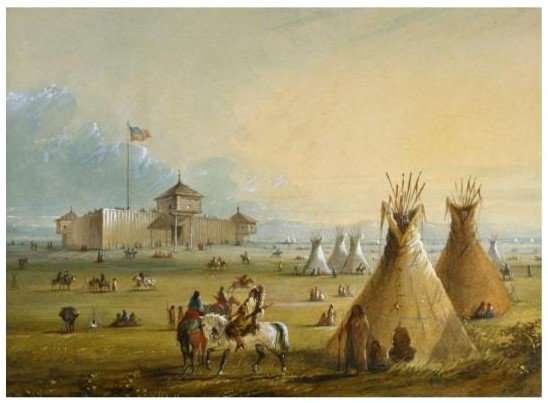 Out of these struggles came the first whisperings of what was to become the unique American character.

In Europe, people were pretty much locked into their social class. A serf could not aspire to be more than a serf like the countless generations before him.

But in America, everything was different. Dire hardships brought out the toughness in people. A great leveling of the social playing field was taking place.

For bold, courageous individuals, the world was theirs to form:

“All greatness of character is dependent on individuality. The man who has no other existence than that which he partakes in common with all around him, will never have any other than an existence of mediocrity.” – Author James Fennimore Cooper

In Cooper’s historical romance novels, his characters exhibited a degree of independence, boldness and fearlessness that both reflected and helped nurture the evolving American spirit.

Another great proponent of the American spirit was President Theodore Roosevelt. Inspired by the romantic tales of James Fennimore Cooper, Roosevelt ventured out into the Western Frontier and worked as a ranch hand in the Dakota Territory.

Roosevelt’s experiences forged in him the romantic individualism, persistence, moral virtue and quiet strength of the Western Man, and in his later political life, endeared him to the nation.

Reflecting the nature of the long caravans of stout men and women in Conestoga wagons overcoming countless perils on the trail West, Roosevelt stood firmly with the average worker against Big Business, fought for our natural resources, and helped position America as the protector of freedom and opportunity in the world.

His writings often reflected his vision of the American approach to life’s challenges:

"A soft, easy life is not worth living if it impairs the fiber of brain and heart and muscle. We must dare to be great; and we must realize that greatness is the fruit of toil and sacrifice and high courage... For us is the life of action, of strenuous performance of duty; let us live in the harness, striving mightily; let us rather run the risk of wearing out than rusting out." --Theodore Roosevelt

American Exceptionalism: From Pioneers to Cowboys to Us

As it struggled to spread the nation West, the American spirit has continued to grow and evolve.

Thousands of pioneering Americans moving into the vast western lands found themselves being forged by the land as much as by the elements.

Sluggards and ne’er-do-wells soon dropped by the wayside. There were no government handouts, no “safe spaces.” No welfare freeloaders. Laissez-faire economics became the norm.

Then, with the emergence of the cowboy culture, America’s morals took on a new clarity.

Respect for women, parents and the nation’s laws became part of the cowboy code of behavior. Self-protection became widely recognized as both a right and privilege.

This was a self-reliant breed of people, strengthened by adversity, uniquely American, fearing neither man nor beast nor element, yet generous and hospitable. Loyalty and honesty were treasured virtues. A man’s word was his bond.

For these pioneering ranchers, family was the epicenter of everything. The marriage bond was insoluble. There were but two genders. Life was protected from inception to the grave.

Freed of Old Country traditions, Amreicans forged their own. The nation prospered, and a liberating sense of freedom, individuality and honor was woven into its very fabric.

Have No Fear. America Cannot Die.

Hardly a day goes by that some pompous prognosticator doesn’t predict the imminent demise of this country.

Beginning sometime in the 60’s, critics of long-treasured American traditional values began to say that the world is passing us by.

Our mores are outdated, they claimed, and need to be replaced by a new technologically based, asexual authoritarianism that is “more in touch” with the world today.

To that we say, in the words of one anonymous pig farmer over 500 years ago, “Hogwash!” 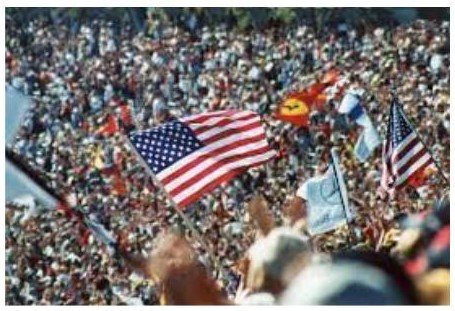 The values that built this nation are still righteous and admirable. They are not out of touch. And unless we abandon them, America will not die.

God, family and country are still part of the American psyche. They represent the best of who we are and what we stand for.

From that we will never retreat.