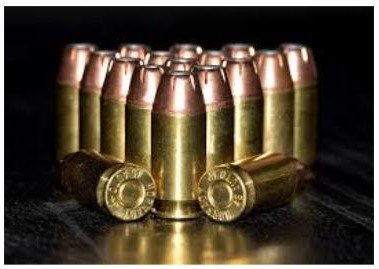 In This Article:
First, The 4 Main Components of Ammo
Understanding “Calibers”
Metric Designations for Caliber
So if you saw a reference to a 7x57mm Mauser, what is the diameter of the projectile? How long is the cartridge case?
Now Let’s Talk Bullets.
The Big Argument: Which Ammo Is Right for the Job?
Ammo 101: Choose The Right Round
That said, when choosing your rounds, you need to be thinking about the ballistics of the projectile over a given distance, its penetrating behavior (tumbling or pass through), and the cost per round.
Ammo 101 Shopping Tip for Newbies:

In this article, we cover the basic Ammo 101 terms and definitions you need to choose the best performing ammo for your firearm.

First, The 4 Main Components of Ammo

1. Case: normally made of brass, steel or nickel

2. Primer: the small dimple on the base of the cartridge that actually ignites the propellant

3. Powder: the propellant (gun powder) that puts the projectile into motion

4. Bullet: the projectile itself 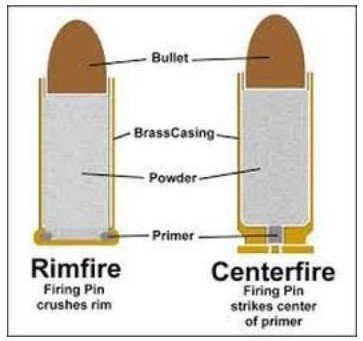 Ammo comes in different sizes, such as .45 caliber or 9mm, each of which has variations that fit different shooting needs and different guns.

A 9mm cartridge may be the 9mm Luger, 9mm Parabellum or 9x19mm cartridge or a less common cartridge. Measurements, by the way, are in a “diameter to length” ratio. For example, a 5.56x45mm cartridge is 5.56mm wide and 45mm long.

Shotgun shells, on the other hand, are measured in gauge, with lower numbers connoting a larger diameter.

A caliber is the measurement of the size of a projectile and the inside of the gun barrel through which it is fired. A .22 short, for example, is a light load, short cased .22 cartridge. You’ll also hear about .22 caliber rimfire cartridges such as the .22 long, the .22 long rifle, and the .22 WMR magnum.

And in case you’re wondering, your .22 rifle that takes a .22LR can usually also shoot short, rifle and long-rifle cartridges.

If the cartridge is a “magnum,” it’s larger than the other .22 cartridges in both length and diameter. For that reason, magnum cartridges will not fit that .22 rifle of yours if it’s chambered for 22LR.

Other calibers you may run into include the .223 cartridge originally used in certain military weapons. Then there’s the .270 Winchester used to bring down elephants, elk and other big game.

The meaning of the second numbers can designate the manufacturer, versions, or in the case of the .30-06 (popularly called the “30-ought-six”), the year it was first manufactured.

Some manufacturers like to use metrics in their naming conventions. A 9mm Luger is a good example.

When you see a number like “7.62x33mm,” it’s a rifle caliber. The “7.62” refers to the diameter of the projectile, and the “33mm” refers to the length of the cartridge case itself.

So if you saw a reference to a 7x57mm Mauser, what is the diameter of the projectile? How long is the cartridge case?

Shotguns also have their own naming conventions. For example, a “.410 shotgun refers to the bore size (the inside diameter of the barrel).

You’ll also hear about 10, 12, 16 and 20 gauges. The smaller the bore, the larger the number. A 20 gauge shotgun, therefore, accommodates a much smaller cartridge than a 10 gauge.

Where did these numbers come from? They are the total number of round lead balls sized to the inside barrel diameter that add up to a pound of lead.

To add some additional substance to your Ammo 101 knowledge warehouse, you need to know some basic info on bullets. They come in different types according to what their main purpose is.

How far can these bullets shoot and still be accurate? Check this chart:

The Big Argument: Which Ammo Is Right for the Job?

During the war in Afghanistan, a common Ammo 101 debate centered around which round was more effective: the American 5.5mm or the Soviet 5.45 x 39mm Soviet round (which the locals called the “Poison Bullet.”)

There was less than 0.11mm difference between them, so why the controversy?

It all comes down to design. The Russians engineered their 5.45 with a small cavity in the back end, so when it hit its target, the lighter end began to tumble through soft tissue.

The American rounds, on the other hand, were a simple jacketed ball design which did not maim as much as the Russian rounds or cause such large wounds.

As we said, some buy into this argument. Others do not. 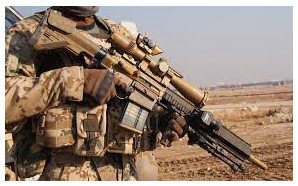 The point is this: bullet design has a lot to do with your choice of the best round for whatever task you’re assigning it.

Ammo 101: Choose The Right Round

If you’re hunting, you want maximum stopping power. That would typically call for something like a hollow point round.

If you’re only doing target practice, you’d choose a ball round (cheaper than the hollow point, by the way, so shooting in volume is reasonably affordable).

For self-defense, most professionals as well as many civilians prefer the hollow point.

That said, when choosing your rounds, you need to be thinking about the ballistics of the projectile over a given distance, its penetrating behavior (tumbling or pass through), and the cost per round.

Ask your experienced gun store staff for Guns and Ammo 101 recommendations, and you’ll get the right round for the task at hand.